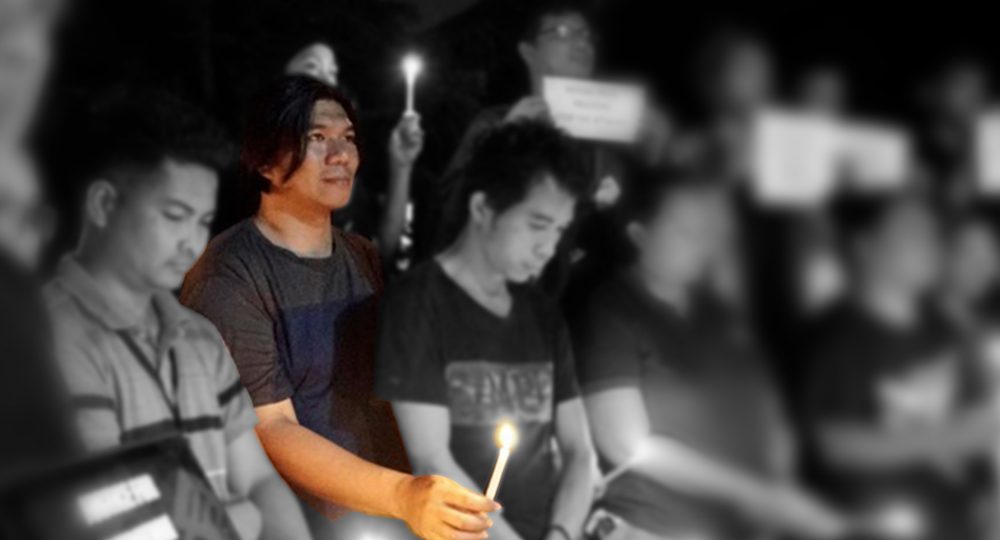 On the recent red-tagging incident vs. Northern Dispatch editor

Altermidya Network, a broad formation of alternative media outfits and community journalists in the Philippines, condemns in the highest possible terms the recent red-tagging and intimidation committed by regional state forces to our colleague Sherwin De Vera of Northern Dispatch.

De Vera was included in the Police Regional Office-Cordillera (PROCOR) Command Journal in which the police tagged him as a personality of a communist front organization (CFO). The said journal contains all “reported crimes and arrests” in the region. The journal included details about De Vera’s coverage of the recent Global Day of Action Against War with Iran, an activity which the journal maliciously characterized as a “crime” and “public disturbance.”

These reports created by the Baguio City Police Office (BCPO) are nothing but baseless accusations. This is not the first time that De Vera has become the target of malicious charges concocted by state forces. In 2017, he was wrongfully arrested for rebellion charges, and was even included in the proscription list released by the Department of Justice in 2018.

Repeatedly attacking De Vera’s person betrays the fact that state forces are quivering over the reportage our colleague has been doing, reportage that expose truths that those in power seek to silence, reportage that give a voice and a platform for issues that the government want to simply cover up.

We call on the BCPO and PROCOR to immediately stop its coordinated and unrelenting attacks against members of the media. This is not the first red-tagging incident in Baguio. During the height of the protest against the quo warranto proceedings to remove former Chief Justice Maria Lourdes Sereno, the BCPO also red-tagged journalist Aldwin Quitasol.

Red-tagging incidents are not mere cases of political muckraking. It endangers the lives of journalists and their families. At a time when the people need and long for the truth, truth-tellers should be supported, not targeted and endangered. At a time when the fundamental freedoms of expression and of the press are on the line, those who fan the attacks against the media and the people are the real ones betraying the nation. We call on the Filipino people to join us in asserting our right to know, and overcome attempts to keep the public in the dark.

Into the Unknown: Growing unease felt among victims of Taal eruption as ...