Home›Network›Arrested UP Cebu graduate ‘not NPA,’ families barred from visit 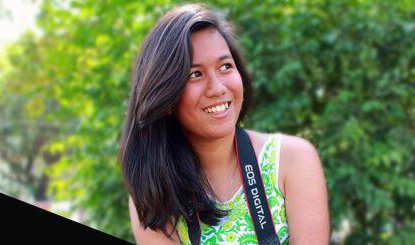 Arrested UP Cebu graduate ‘not NPA,’ families barred from visit

The National Democratic Front of the Philippines (NDFP) Negros, as well as residents residing in the alleged encounter site, refuted military claims that the six individuals arrested in Mabinay, Negros Oriental last Saturday are members of the New People’s Army (NPA).

Albasin was a Mass Communication student of the University of the Philippines Cebu who graduated last year.

In a press release by the 62nd Infantry Battalion of the Philippine Army, the military claimed that they arrested “fully armed” guerillas.  “Firefight ensued for about 45 minutes that led to the capture of six NPA terrorist fighters including one amazon,” the 62nd IBPA stated.

Residents of the area, however, said that no encounter happened between the NPA and the military.

In an interview with Aninaw Productions, Maya (not her real name), a resident of Sitio Talingting, Brgy. Luyang, said that they heard three gun shots at around two in the morning. Afterwards, they saw a military vehicle carrying five individuals, whom they assumed were the ones arrested.

“Mura mag walay encounter nahitabo kay tulo ra man to ka buto. Kay kung naa pa to, naa unta mi nakita nga mga samaran ug patayng lawas apan wala man (It seemed like no encounter happened because there were only three gun shots. If it were an encounter, we would have seen some wounded and dead bodies but there were none),” Maya said in a phone interview.

She added that military operations continue in their community. “Naa ghapon mi kahadlok nga nasinati kay naa mi silingan nga gibun-og og maayo sa mga military. Ilang gibackstroke ug gilumsan pa jud sa sapa bisan og nakuyapan na og kaduha (We are still experiencing fear because our neighbor was harassed by the military. They hit him in the back with a gun and tried to drowned him, even if he had already collapsed twice),” said Maya. Her neighbor was identified as JC Cadiente.

The six arrested individuals are currently detained at the Negros Oriental Provincial jail. However, their families have not been allowed to see them, as of press time.

Atty. Benjamin Ramos, Jr, lawyer of the “Mabinay 6,” said in a phone interview that the families of the detainees are prohibited from entering the provincial jail. The jail guards only allowed one lawyer to visit the detainees, according to Ramos.

The Promotion of Church People’s Response called on the authorities concerned to observe due process, and consider Albasin and her companions “innocent until proven otherwise.”

The group called on Church people, human rights groups, and civil libertarians to investigate the claims made by the military, which they called a “publicity stunt aimed at demonizing individuals and groups committed to the cause of social justice and genuine peace.”

Meanwhile, NDFP Negros spokesperson Fernandez said that Albasin and her companions were living amongst farmers in Mabinay in order to learn more about their plight. “Bilang peasant advocates, interesado sila nga magtuon sa aktwal nga kahimtangan sang mga mangunguma agud makomparar kag matilawan sa matuod nga kabuhi ang ila mga nahibalo-an nga gintudlo sa eskwelahan, mga nabatian, kag mga nabasahan (Being peasant advocates, they are interested in learning about the actual situation of farmers, to be able to compare and experience first-hand what they were taught in school, what they heard, and what they have read),” he said.