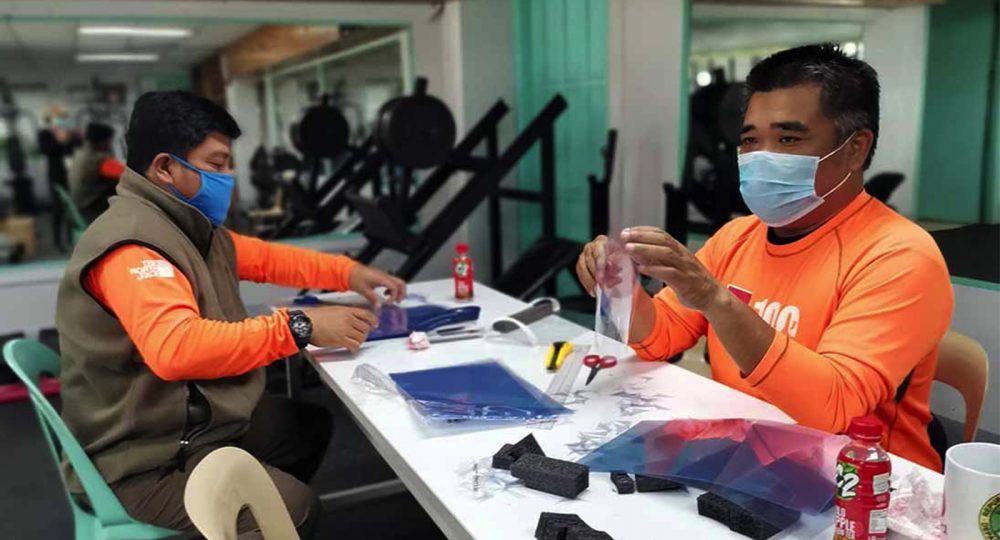 BAGUIO CITY — The head of the Baguio General Hospital and Medical Center stressed the need to ensure the protection and rest of health workers who are at the frontlines battling to contain the Coronavirus disease 2019 (COVID-19).

According to BGHMC Director Dr. Ricardo Ruñez, Jr., the health workers are ready to combat COVID-19. However, the doctor stressed that they need complete personal protective equipment (PPE). To date, the director said BGH still has enough PPEs that can last for two to three weeks, given that the number of patients will not surge.

The BGH chief added that they have enough supply of alcohol and medicines for COVID-19 patients for the week and a buffer supply for two weeks.

“We make our monitoring weekly and purchase as needed, but we keep a buffer supply because we cannot run out of supply,” he explained.

Ruñez said it is getting harder to purchase supply, given the increasing demand worldwide.

“It is hard, but we are doing our best, we have to find ways,” he said.

According to him, BGHMC workers are also making improvised PPEs to augment the limited supply.

Department of Health Cordillera Director Dr. Amelita Pangilinan said they started purchasing PPEs in January but had problems finding enough supply. She said some suppliers have backed out because of depleted supplies.

“Hopefully, with the decline in cases in China, it will be easier to get supply,” she said.

The DOH-CAR chief told the media that they already distributed the PPEs they purchased to the different hospitals in the region and propositioned some in the provinces. She also said they maintain a buffer supply in the region for an emergency but cannot last for a month.

“But we have supplies coming,” Pangilinan said.

Ruñez said the health community and personnel in the city are preparing for the worse.

“In terms of COVID, we are really stepping up our preparations. Sabi nga ni mayor, he has been announcing that the worse is yet to come and we are preparing for that eventuality,” the BGHMC chief said

He stressed that while their facility is ready, it still has its limits. The director also expressed concern about the available resources. He said that hospitals in the city are pooling together to address the threat.

“We have several meetings already with the private hospitals, and the idea really is to pool our resources most especially manpower with regards to handling the cases that we are encountering,” he said.

He said the objective is to contain the disease by working as one with help from DOH-CAR, especially on acquiring PPEs.

“Again, the only way that we can protect our health workers is with sufficient PPEs when they handle patients,” Ruñez said.

Ruñez said the challenge they are facing now is ensuring that health service providers in the frontlines are having enough rest.

“I’ll just give you an example, the people who are handling our testing in the laboratories ay hindi na po umuuwi yun, seven days na running all the tests. And again, everyday mayroong pumapasok na very limited lamang ang people that can handle the tests,” he narrated.

According to him, the BGHMC and its medical personnel are coping with the situation. He expressed hope that they can maintain the phasing they undertook until the crisis ends.

“Health personnel must be given sufficient time to rest to prevent their immune system from going down, making them vulnerable to the disease,” he explained.

Ruñez gave an overview of the plan to provide the appropriate breaks for the hospital staff. He said they are looking at instituting spacing of duties, which means the health workers do not have to be at the hospital every day. They will also implement decking, pacing, skeletal force that so the medical workers can rest.

He also acknowledged Starwood Hotel for opening its rooms for BGHMC personnel, especially those who find it difficult to travel from their residence to the hospital.

According to the BGHMC director, there are about 400 doctors and 600 nurses that are on standby in case the situation gets worse. At the moment, many are undergoing training on how to handle the disease properly.

CAR already has two confirmed COVID-19 cases. The latest is a 61-year-old female OFW in Baguio who came from Italy. She is now at a Level 3 health facility in the city and in stable condition. The first COVID-19 case is the 34-year old male seafarer from Manabo, Abra. The patient is now under treatment in a Level 3 health facility in Ilocos. The DOH also identified four patients in Baguio that have a high probability of being positive with COVID-19.