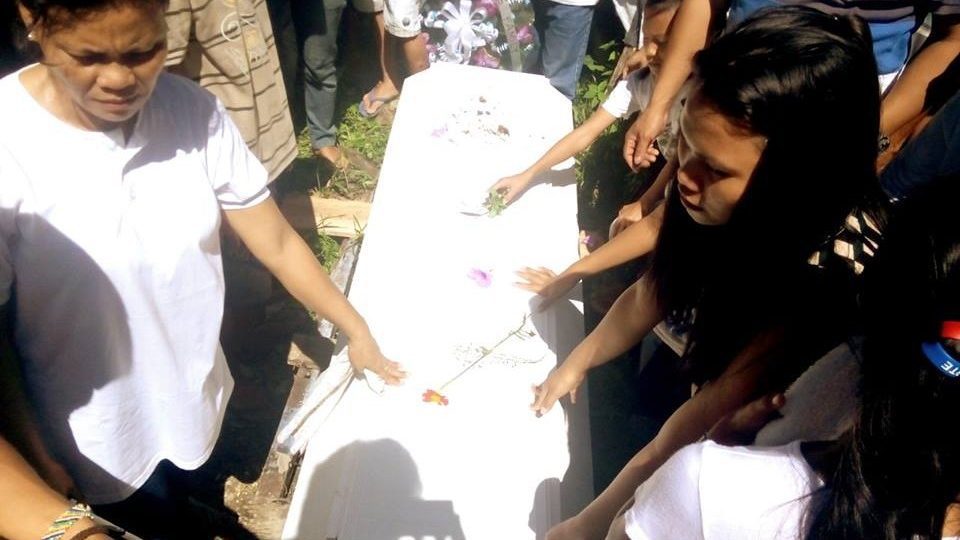 “Sir, we are civilians, we are workers at GY Copper Mining.”

Joel (not his real name) remembers how it went that day he encountered soldiers from the 46th Infantry Battalion who were on a military operation in Barangay Kingking, Pantukan, Compostela Valley.

On the morning of January 18, Joel asked permission from his manager to go out and deliver the allowances for his family in Sitio Panganason. From Sitio Lupakon, he and his companion went off a 30-minute walk to his home.

After delivering the allowance, Joel started to head back to the mining plant. This was around three in the afternoon.

“But we first took shelter from the rain inside a videoke house. We did not know that an encounter between the NPA (New People’s Army) and AFP (Armed Forces of the Philippines) took place,” he said.

When they were near the plant, they were stopped by an unidentified military soldier.

“It was them!” Joel heard the soldier say. The soldier aimed his rifle at them and fired one warning shot. “Drop down!” the soldier shouted. He picked up the walking stick of Joel’s companion and beat them with it.

“Sir, we are civilians, we’re workers of the Chinese GY Company!” Joel told the soldier. But his cries were ignored. Instead, they were brought to a house where the rest of the soldiers from the 46IB were staying.

Even as Joel showed his company ID, the soldiers ignored it. Joel and his companion were beaten up, and held for two hours.

It was only when they were brought to the mining plant that the soldiers realized that what Joel told them was true. And all that Joel and his companion got from the soldiers was a “sorry.”

It was four in the afternoon and Christopher was sitting at a shed outside his house to get a better signal from his cellphone.

According to his wife Mercy, she went to tell him that she was going out to buy rice. That was when her husband told her that there was a man on a motorcycle just outside their house–it was the same one who had been tailing him since 2012.

Mercy did not mind her husband’s warning. She left the house to buy rice. Moments, later she heard shots being fired.

Christopher was a former staff for the Mindanao Interfaith Services Foundation, Inc. Academy, one of the schools being attacked and accused by the AFP for allegedly being a “front” of the NPA.

On that day, Ricky was defending one farmer who was illegally arrested by the police over a land dispute.

Ricky was 200 meters outside of the police station when he was shot dead.

Teresita was tending to her store when she was shot by an unidentified gunman. Human rights group Karapatan said that two bullets “flew past the back of her head and her nape.”

She was rushed to the hospital in Tagum City and died three days after.

A day after Teresita was attacked, 46-year old Alex Josol, also from Barangay Kingking, was beaten up by suspected members of the 46th IB. He was driving his passenger motorcycle when he was accosted by the soldiers. He remains in critical condition.

Both Teresita and Alex are leaders of small-scale miners opposed to large-scale mining operations in the area, led by St. Augustine Gold & Copper Ltd. and Nationwide Development Corporation (Nadecor).

The succession of attacks on community defenders during the first month of 2016 shows the impunity of the AFP, despite having come under heavy criticism for Lumad killings, according to Hanimay Suazo, Karapatan Southern Mindanao secretary-general.

“After Manilakbayan 2015, the incidents have been alarming,” she said in a press conference, together with survivors and relatives of victims of extra-judicial killings.

Manilakbayan 2015 was the protest caravan of hundreds of Lumad to call on President Aquino to stop killings of the Lumad and attacks on Lumad schools, perpetrated by the military and AFP-supported paramilitary groups.

But the killings and attacks have continued.

Suazo believes that the intensifying militarization under the counter-insurgency program Oplan Bayanihan is pushed by economic interests of mining and agribusiness corporations.

In Pantukan, Compostela Valley, where the recent attacks happened, the mining giants St. Augustine and Nadecor are starting their 1,656-hectare operation.

“The military’s true nature must be exposed…No one else is set to gain from this but the mining corporations, who are out to displace the Lumad and peasants from their ancestral lands,” said Suazo.

In Southern Mindanao alone, 54 Lumad, human rights defenders and other civilians have been killed under the Aquino administration.