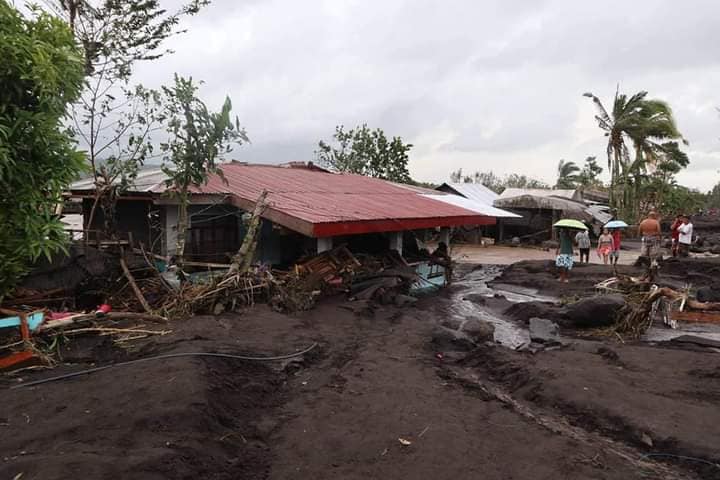 The agriculture department said 18,000 farmers have been affected, and at least 17,000-hectares of crops were destroyed. In Catanduanes alone, local government officials estimated at least P400-million ($8.26-million) damage to the abaca industry and 90 percent of their public infrastructure reduced to rubble.

MANILA – Farmers are once again the hardest-hit by typhoon Rally (international name: Goni) as the Philippine government estimates over P1.1-billion (US$22.66 million) damage and losses in the agriculture sector.

“Today and in the months to follow, farmers will have no food and livelihood. It will take time before the land is ready to be cultivated,” Filipino farmer-activist and chairperson of Kilusang Magbubukid ng Pilipinas (KMP) Danilo Ramos said.

On Saturday, the Philippines endured one of the world’s strongest typhoons in 2020. Flashfloods, lahar, landslides, strong fiery winds and heavy rains have left at least 16 dead, and three missing in the Bicol region alone – the hardest hit regions in the country.

The agriculture department said 18,000 farmers have been affected, and at least 17,000-hectares of crops were destroyed. In Catanduanes alone, local government officials estimated at least P400-million ($8.26-million) damage to the abaca industry and 90 percent of their public infrastructure reduced to rubble.

This after batting yet another strong typhoon, Quinta, just a week before, which has left over P2 billion ($41.28 million) in losses in agriculture.

President is nowhere to be found?

On a related note, the hashtag #NasaanAngPangulo trended yesterday, following the absence of President Duterte during the rather belated government briefing on Nov. 1. Ramos said that not only was the president nowhere to be found, government officials too, “acted as if there was no emergency and calamity situation.”

Farmers, even prior to the destruction brought by Rolly, have long been suffering from very low gate prices of palay. This was due to the implementation of the Rice Liberalization Law, which lifted the cap on the volume of rice importation.

Independent thinktank Ibon Foundation has earlier called for farmers support as the agriculture sector remains a “significant part of the economy” but only received a measly 3.6 percent of the total national budget from 2017 to 2019. This, the group added, was even further slashed to just 1.6 percent next year.

As of this writing, the KMP is seeking donations and support for typhoon-affected farmers through their development and humanitarian initiative Sagip Kanayunan.