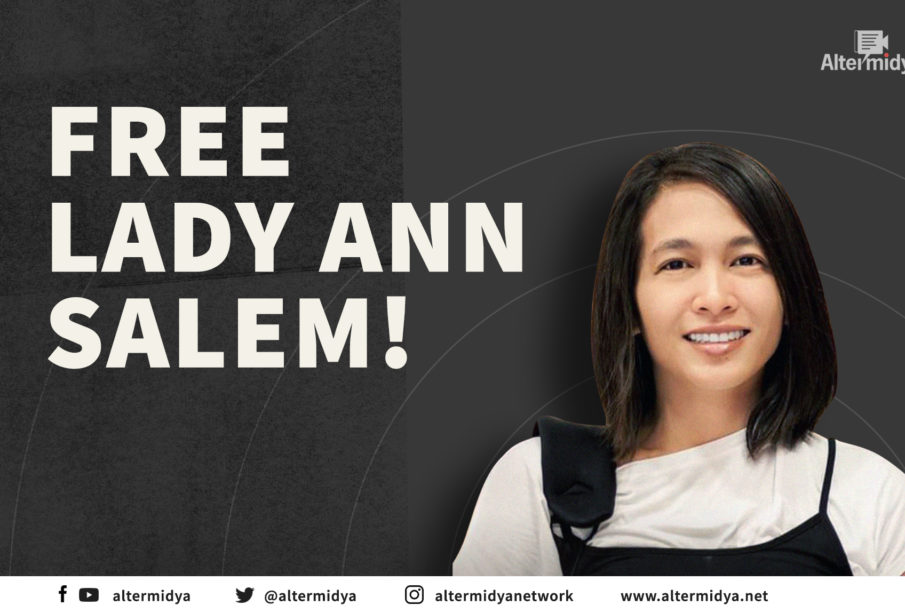 We learned this morning, Dec. 10, that our colleague, Manila Today editor Lady Ann Salem was abducted by suspected police agents after raiding her residential unit in Mandaluyong City.

At around 9 am, a building caretaker called the staff of Manila Today to inform them of the raid by reported elements of the Philippine National Police (PNP) and Criminal Investigation and Detection Group (CIDG). Lady Ann’s family and colleagues have not yet been able to contact her but they received information that she is being held at the CIDG NCR headquarters in Quezon City.

The abduction is a clear attempt to silence critical journalists like Lady Ann. She has been active in the alternative media community for almost a decade and is one of the founding members of Altermidya Network. She graduated from the UP College of Mass Communication and a fellow of the Lopez Jaena Community Journalism Workshop. Lady Ann is also a board member of Tudla Productions and the current communication officer of the International Association of Women in Radio & Television (IAWRT). She is also a former officer of the National Union of Journalists of the Philippines (NUJP) in Metro Manila.

Manila Today and Tudla are among the members of the Altermidya Network that were red-tagged by the National Task Force to End the Local Communist Armed Conflict (NTF-ELCAC) officials at the Senate hearing on Dec. 1. Her abduction, on Human Rights Day no less, is another proof of the dangers of the administration’s vile practice of red-tagging.

We demand the PNP to release Lady Ann! The alternative media has faced continuous repression under this administration, and we will not allow another journalist to be attacked. We urge our fellow journalists and human rights defenders to join in our call to free Lady Ann.