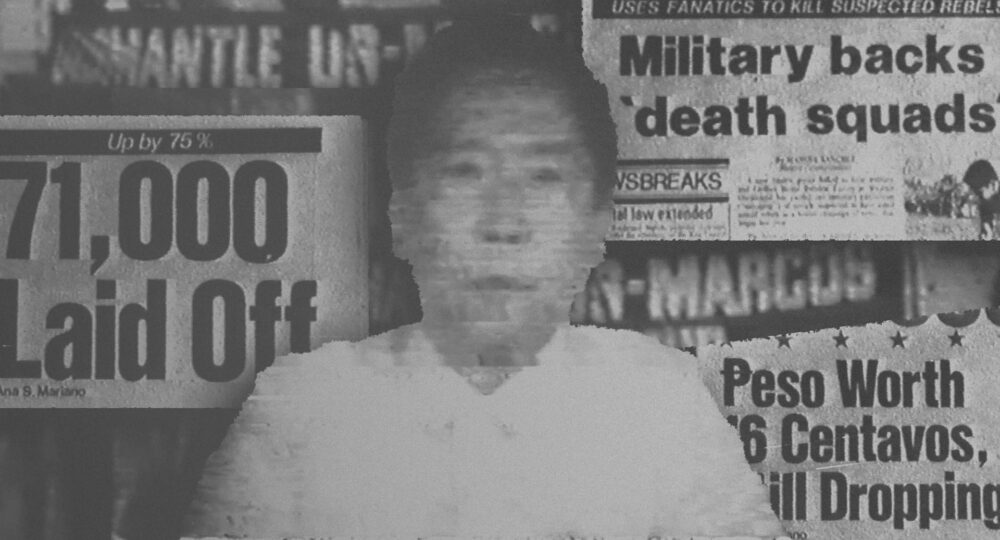 Daluyong: Political Filmmaking in a Period of Social Unrest Redux

It has been 36 years since the Filipino people ousted the late dictator Ferdinand Marcos, ending 14 years of one-man rule that brought economic hardships and wanton disregard for human rights. During that time, alternative film groups and political filmmakers played a key role in the protest movement that led to the downfall of the dictatorship. Their work exposed the harsh realities of life under martial rule, countering the pro-government propaganda spread by the Marcos-controlled mainstream press.

Now, however, social media has facilitated the spread of disinformation that erases the atrocities of the regime and creates tall tales of prosperity during that era. Amid this environment, political filmmaking plays an even more crucial role in countering false narratives.

EngageMedia, together with film curator and archiving advocate Assistant Professor Rosemarie Roque, showcases a rare collection of films entitled “Daluyong: Political Filmmaking in a Period of Social Unrest Redux“. This film collection documents significant events in the Filipino people’s socio-political history, countering the Marcos myth and fantasy of greatness. From April 27 until May 9, these films will be available to watch on Cinemata.

The film collection focuses on key audiovisual works highlighting collective political filmmaking during the early to mid-1980s. The five featured films capture the experiences, aspirations, and struggles of the Filipino people during the dictatorship’s last years to the early years of the succeeding administration.

Sabangan documents the struggles of the Remontados indigenous community facing displacement from their ancestral land in Tanay, Rizal. The film was created as a response to the illusion of prosperity peddled by Mrs Imelda Marcos’ “City of Man” project and the construction of the Kaliwa-Kanan Dam that would directly affect the lives of the indigenous Dumagat-Remontados and other residents in the area.

The film is as relevant today as it was then, as the project continues to be pursued by succeeding administrations, threatening the community with displacement.

The film documents the historic “Lakbayan” or “Lakad ng Bayan Para sa Kalayaan” (People’s March for Freedom) held from March 1 to March 7, 1984. The long protest march was a show of Filipinos’ dissatisfaction with the Marcos regime.

The documentary focuses on the life and struggles of youth student leader Edgar Jopson, known as Edjop, who was killed by the military in September 1982. The 34-year-old was an intellectual who stood with the masses to pursue social change.

Oppression has unlocked the spirit of courageous resistance – peaceful and armed – in the island of Mindanao. Many indigent communities are no longer waiting on the sidelines for change. Instead, they are starting to demand the rights denied to them for so long.

The digital copies of the films came from different archival conditions. Three that were originally shot in film only have magnetic tape copies available: Sabangan and No Time for Crying in U-matic, in the safekeeping of the IBON Foundation, and Daluyong in Betamax under the custody of its filmmaker Jose Clemente. Meanwhile Arrogance of Power, also shot in film, made use of Kodao Productions’ copy of the DVD version for the video and the U-matic copy from IBON Foundation for the audio. Edjop, originally made in U-matic, is the only title that was digitised in January 2020, using the original master copy kept by the Jopson family.

The titles made by AsiaVisions are part of the collection under the custodianship of IBON Foundation, which received the films during the Community Archiving Workshop Manila in 2017. IBON Foundation was also the recipient of the National Commission for Culture and the Arts competitive grant for 2021.

Three of the five films included in the Cinemata playlist were also part of the Concerned Artists of the Philippines (CAP) “Memory Project”. Sabangan was streamed in April 2021; Daluyong in October 2021; and Edjop in December 2021. The screening and talkback recordings are still available on their page.

No Time for Crying is also an upcoming CAP x IBON Memory Project event. It will be available for an online streaming and talkback session on April 30, 2022 on the CAP x IBON pages.

Altermidya is an official partner for Daluyong: Political Filmmaking in a Period of Social Unrest Redux.