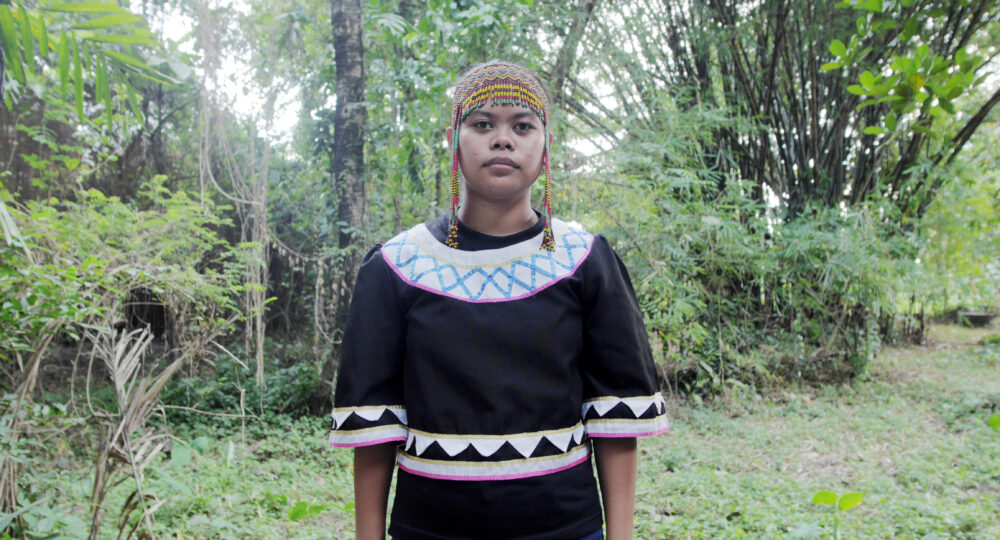 Catherine “Katkat” Dalon considers the University of the Philippines to be the safest place for Lumad students like themselves, whose schools back home have been closed down by the government.

The freshman is taking up Sertipiko ng Malikhaing Pagsulat sa Filipino in the Diliman campus’ College of Arts and Letters.

Although Katkat has since found a calling in writing, her initial dream was to become a doctor of their community, then an agriculturist to nurture their crops.

That was the goal until heavy militarization under the Duterte administration closed down over half of 210 Lumad educational institutions, including Katkat’s target school.

Katkat and their peers, upon the suggestion of their teacher, confronted the situation by pursuing their studies instead at the national university.

Fil 20 (Introduksiyon sa Literatura) and MPs 171 (Pagsulat ng Tula) are favorite subjects. These and other college courses helped Katkat improve her natural aptitude for the written word, having practiced the craft since her senior high school days.

Being one of three Lumad in the Diliman unit’s student population of 22,796 comes with its obstacles.

Most of the readings are in English, which Katkat says makes it difficult for her to translate certain concepts and recite in class. Further compounding the learning gap is the familiar struggle of online classes pending the safe return of face-to-face learning.

Notwithstanding, Katkat continues to show up. Not just for themselves, but to represent the struggles of Lumad and other sectors that continue outside class hours.

Winning a councilor seat is a victory that means gaining a space to defend Lumad “Bakwit” schools, promote intersectional concerns like free education, and withdraw military forces from their communities.

Katkat clarified that the fear is there: in fear of leaving their comfort zone, in fear of facing students who they perceive to be much smarter, in fear for their life. But the story continues.

The recent New Bataan 5 massacre was the turning point in their decision to run, especially since she knew them personally and had at the time been researching Lumad school conditions in Mindanao.

From writing poems about their people and ancestral lands, Katkat and her peers found themselves drafting letters to their parents about the untimely fates that could befall them.

Before acceptance of the tragedy came tears of denial and exhaustion, and what followed has been continuing protests and commemorations in pursuit of justice. Even Katkat’s rally for support in the student council elections is just one of their many rallies against the state’s attacks on the Lumad and their allies.

Outside of their candidacy, they find hope in the presidential run of Vice President Leni Robredo, whom they wish but stay guarded would discontinue the human rights violations against Lumad and other sectors.