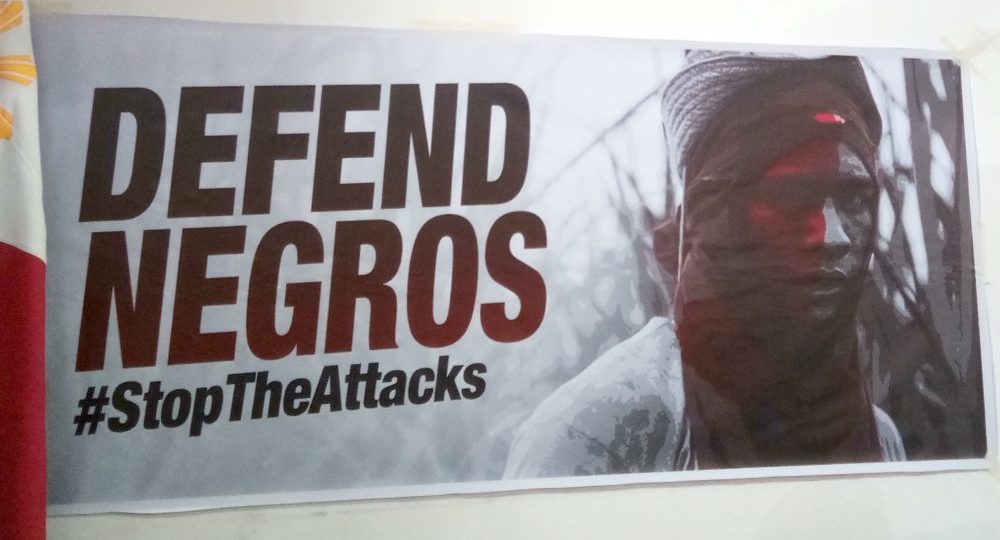 When the sun rose on March 30, policemen who had barged into their house with high-powered firearms at the dead of night told Roy (not his real name) that his father was “okay” in the hospital.

These policemen, who wore masks to hide their faces, had dragged him, his sister, and his mother to a nearby chapel, while his father, a farmer leader in Negros Oriental, was left behind.

Despite hearing loud gunshots, Roy took the word of the police that his father was “okay.” But at the hospital, they found that their fears were right all along. “Sabi nila, okay lang, bakit pagdating namin dun, patay na, wala na si tatay?” he said.

Roy’s father was among the 14 farmers killed in the simultaneous pre-dawn raids by the police and military under Oplan Sauron in Canlaon City, and the towns of Manjuyod, and Sta. Catalina. They were tagged as members of the New People’s Army, an accusation vehemently denied by the victims’ kin.

Three months after the brutal killings, Roy said his mother was forced to work as a house helper, while his younger sister was left highly traumatized.

Roy was among the farmers who spoke at the launching of the Defend Negros, Stop the Attacks Network at the Bulwagang Ka Pepe at the Commission on Human Rights office in Quezon City last Saturday.

The network, composed of organizations representing farmers, workers, the urban poor, women, youth, church people, artists, cultural workers, and the academe, commits itself to holding the government accountable to massacres and extrajudicial killings.

“Our main aim is to defend Negros, especially its sugar workers and farmers, against impunity from extrajudicial killings and other human rights violations by the Duterte regime,” said Antonio Flores, the group’s spokesperson.

Defend Negros said the number of people who were extrajudicially killed in Negros has reached 66. Most of the fatalities were peasants, fisherfolk, and land reform advocates.

Deployment of military troops in Negros

The group stated that the killings have intensified since the issuance of Memorandum Order no. 32, which placed Negros, Samar and Bicol under a “state of lawlessness” and ordered the massive deployment of military troops in these areas.

This June, the Philippine Army said that another battalion, which came from Marawi City, will be deployed to Negros Oriental, bringing the total number of army battalions in the province to five.

Rights group Karapatan, which conducted a fact-finding mission on the Negros 14, described the Oplan Sauron raids last March as a “vicious bloodbath.”

“Fourteen people were killed in a span of 3 hours from 2:00 a.m. to 5:00 a.m. of March 30, and 15 people were arrested. Ito lang po ‘yung nalaman natin. There may be more,” said Tinay Palabay, secretary general of Karapatan.

In a rhetoric similar to the ‘drug war,’ the farmers were accused of illegally owning firearms. But the farm workers said that the weapons were planted by the police inside their houses.

Results of the fact-finding mission also showed that the search warrants brought by the police, which included more than a hundred names, was “suspiciously issued” by a judge in Cebu City, which is located in another Visayas island.

Rights lawyers suspect that the search warrants were issued by a Cebu court because the regional offices of the police and military are located in this city.

Autopsy results also showed that most of the 14 victims were shot at the back, which casts doubt on the claims of the police that the farmers were shot to death because they were fighting back.

Karapatan has already submitted their findings to the Commission on Human Rights, as well as the Office of the Ombudsman, as they mull charges against the authorities involved in the killings.

The Negros provinces, the country’s the top producer of sugar, are no stranger to attacks against farmers and activists. In 1985, at least 20 people, who were protesting in Escalante town, were killed by para-military forces.

The farmers massacred in that incident were protesting the policies of the Marcos regime, including the uneven land distribution that favored hacenderos in the province—a struggled that continues until this day.

Just five months before the Negros 14 killings, nine sugar workers, who were fighting for land in Sagay, Negros Occidental, were killed by unidentified gunmen while they were eating dinner.

Three women and two teenagers were among the fatalities. The farmers were members of the National Federation of Sugar Workers who were occupying a small area in the 75-hectare Hacienda Nene as part of the “Bungkalan” agrarian reform campaign.

Ding said some 43 members of NFSW occupied a portion of the hacienda in the morning but no landowner came to see or shoo them away. Some decided to stay until night but a lot of the farmers went home before dark.

By around 9:00 p.m., Ding accompanied his fellow farmer home to charge their cellphones. Suddenly, they heard gunshots from the campsite. They decided to hide.

The authorities, Ding recalled, came half past midnight or two hours after the crime. The scene of the crime operatives, meanwhile, came at around 3:00 a.m. And when he and another survivor went to the police station to submit their statements, instead of being helped, the surviving farmers were also tagged as suspects by the police.

Despite fearing for their own safety, Roy, Matt, Ding, and other survivors of the mass killings in Negros have no choice but to fight back. By telling their stories, they are also appealing for the public’s help in their quest for justice.