Home›Opinion›Statements›Reporting the truth is not terrorism 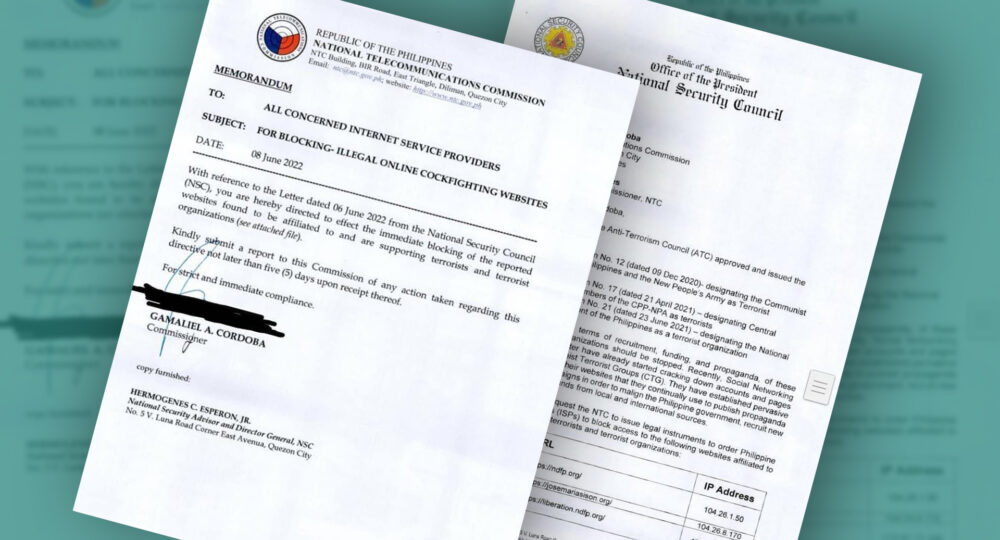 Reporting the truth is not terrorism

We in the Altermidya Network demand the National Telecommunications Commission (NTC) to reverse its order blocking the news sites of two of our member outfits, Bulatlat and Pinoy Weekly.

The order for Internet service providers to block readers’ access to the websites of independent media outfits is a brazen violation of media freedom and the public’s right to information. It sets a very alarming precedent for independent journalism and for media freedom.

The NTC is acting on the request of national security advisor Hermogenes Esperon Jr, who provided a list of websites to be blocked because they are allegedly affiliates and supporters of the Communist Party of the Philippines, the New People’s Army, and the National Democratic Front of the Philippines. The Anti-Terrorism Council has designated these organizations as “terrorists” under the Anti-Terror Act.

Esperon and the National Security Council did not even bother to provide credible or solid evidence behind their claim that Bulatlat and Pinoy Weekly, as well as the other organizations on the list, are affiliates and supporters. We strongly denounce the stifling of our freedom and rights with such arbitrary claims, a trend that has persisted under the Duterte administration and if left unopposed could only further escalate with the continued implementation of the Anti-Terror Act.

Bulatlat and Pinoy Weekly are both award-winning news outfits that have fearlessly reported on issues that those in power would rather not see reported. Both outfits are pioneers and are considered pillars of the alternative media in the Philippines for tirelessly covering the stories of the marginalized sectors.

We condemn this attack on press freedom and free expression. We call on our colleagues in the media and all press freedom advocates to resist this relentless campaign to silence the independent media and critics of the state. The biggest threat to democracy right now is not those unjustly labelled “terrorists” for reporting the truth based on facts, but state agents like Esperon and the National Security Council who spew lies and disinformation to justify political repression.

Reading the Masses in the 2022 Elections