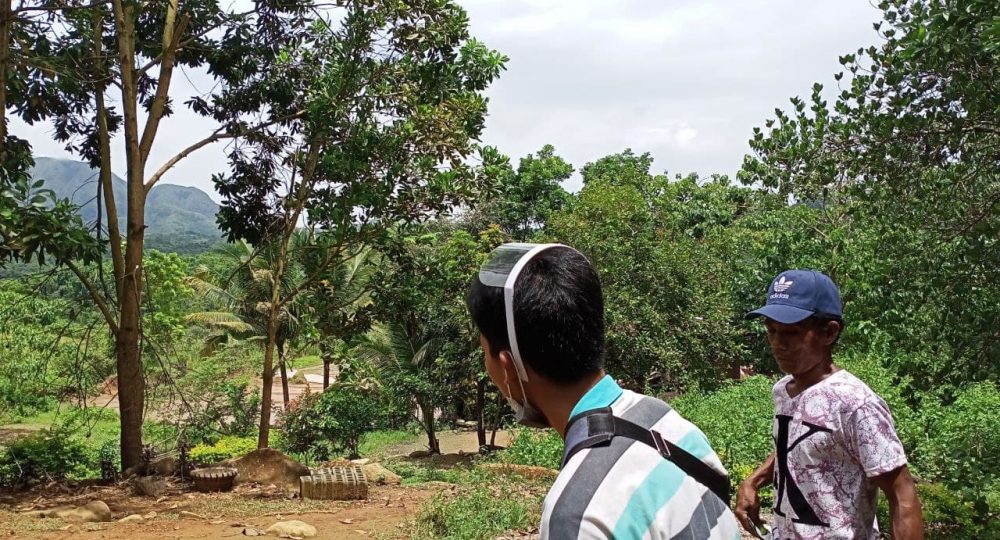 WARNING: Graphic violence is narrated in this article.

A fact-finding mission in Southern Negros documented a killing, multiple cases of harassment and assault toward farmers in indigenous communities allegedly perpetuated by elements of the Armed Forces of the Philippines (AFP).

Led by the September 21 Movement South Negros, along with church workers, volunteer health workers, and representatives from the Himamayan local government, the outreach program and fact-finding mission was held on July 4 at Sitio Lonoy, Brgy. Carabalan, Himamaylan City, a highly-militarized area in Negros Occidental.

“Back in [South Negros], we can’t tend to our farms well because the military keeps on interrogating us and encircling us like dogs. We live in fear all the time,” Josephine Piduhan, a representative from September 21 Movement South Negros, said at a press conference earlier today. During the press conference, the group presented their findings, along with the first-hand narratives of the victims themselves.

“We call on the military to stop the killings in the countryside, as well as here in the cities. They call farmers NPA (New People’s Army) in order to target them, when in truth us farmers are simply doing our jobs of planting the food that people consume,” she added.

In an affidavit by Beverly Kisan obtained by the team, in the afternoon of June 8, Beverly Kisan went back to their family house located at the center of Brgy. Carabalan to get supplies for their harvest the following day. Her husband Ermil “Erming” Kisan was alone to tend the farm and livestocks at Purok Dalaupon.

On the way back to their farm the next day, Beverly heard bursts of gunfire coming from the direction of their hut.

She came across neighbors June and Georgie Marcelino and they told her that an encounter between elements from the 62nd Infantry Battalion (IB), Philippine Army (PA) and the NPA transpired.

Furthermore, the couple reported to seeing Erming being arrested by three soldiers and was made to sit in front of their makeshift hut to be interrogated.

One after the other, the soldiers then kicked, punched, strangled, and slapped her husband.

Afterwards, the couple saw the soldiers drag Erming to the back of their hut and from there the shots were fired. The three soldiers came out from the back without her husband.

Beverly insisted on proceeding towards their make-shift hut, but the couple stopped her as they claimed it was too dangerous.

Finally, Beverly was convinced to defer her trip towards their farm until the next morning.

In the morning of June 10, she arrived in their hut to find blood stains from the slaughter of five of their chickens. Their belongings were also scattered and thrown outside of the hut.

That day, her neighbors told her that her husband’s body has been turned over by the soldiers to a funeral home in Himamaylan City.

Bonifacio Gonzales, 52, a farmer from Sitio Lonoy and a member of the Ituman Magahat Bukidnon Tribe, told the fact-finding team that on June 9, he was forcibly brought to Kisan’s house, kicked repeatedly by elements from the 94th and 62nd IB, PA after being questioned  on the whereabouts of alleged NPA fighters in the vicinity.

According to Gonzales, the battalion already arrived on June 8, but camped in a densely forested area.

Earlier in the morning of the next day, June 9, Gonzales claimed elements from the military went in front of his house to ask for water. Seeing that there wasn’t enough water for all of them, the military men told Gonzales to fetch water at a stream nearby for them.

Gonzales said the military did not mistreat them that morning.

About five minutes later, they heard a series of gunshots. Gonzales estimated that the gunshots they heard was a kilometer away from where they were.

At two in the afternoon, the military men went back to his house and captured him and forcibly brought him to the house of Erming Kisan, where the gunshots came from.

Gonzales was interrogated by the military as to the whereabouts of the NPA fighters in the area. Because he told them he didn’t know their whereabouts, he said that the military kicked him repeatedly and threatened to tie him up and kill him in the forest.

“But they didn’t do anything. In that moment, I was no longer afraid to die,” Gonzales told the fact-finding team.

He narrated that the military surveyed the nearby areas and eventually released him.

Before Gonzales was allowed to leave, around 30 additional troops arrived.

When he was finally able to leave, he escaped into the forest. For fear of encountering the military again, he stayed put in the forest despite the darkness and heavy downpour.

“It is clear that we are civilians and yet they vent their anger on us. Even in my old age, they still physically assaulted and hurt me,” Gonzales lamented.

“They should stop bullying us civilians. And if they encounter the armed rebels themselves, the military doesn’t even put up a good fight. The encounter did not even inflict a single scratch on [the NPA fighters],” he added.

At present, Gonzales’ residence and plot of land, including his produce and animals are left unattended due to fear that the military might retaliate because he reported the incident.

He is currently taking refuge at a different house. Gonzales lives alone as the rest of his family live in the municipality of Binalbagan, Negros Occidental.

He called on city officials to make a swift investigation on the incident and to protect farmers like him who live in militarized areas.

“If my safety is assured, I would choose to go back to my farm. My livelihood has always been there,” Gonzales said.

On the same day that Gonzales what assaulted, the Lopacio family from nearby town of Binalbagan, at Sitio Malalag Uno, Brgy. Biao, was also assaulted by elements of the 62nd IB, PA. Their house was also ransacked.

A day before the assault, June 8, farmer Raymundo Lopicio, 55, of the Ituman Magahat Bukidnon tribe recounts the soldiers asking them where the NPA camp was. About fifty elements from the battalion, all without name tags, conducted a military operation in the area.

The following day at 11 a.m., he heard gunshots and saw the soldiers running toward their house, forced them to come down.

The family complied and went down with a gun pointed at their heads. One of the soldiers stepped forward to kick Raymundo.

Raymundo, his eldest son Reneju, and nephew ‘Ukling’ Sabio was dragged to an isolated place, 100 meters from their house. Their hands were tied by a rope behind their backs.

Meanwhile, Raymundo’s wife Ailyn and younger daughters Rodelyn, 13, and Rosemarie, 10, who was left in their house witnessed how the soldiers ransacked their house and broke their belongings, including their solar panel.

Raymundo was interrogated and since he had nothing to say, he was called a liar and other degrading words while one of the soldiers beat him, hitting the right side of his abdomen.

Afterwards, the soldiers told them they had to move because the troops would fire a mortar near the area.

At around 2 p.m., they heard the three shots from a mortar. By then, all of them were gripped with fear, Raymundo narrated.

They were finally released around 3 p.m.

In Sitio Malalag Uno, 21 households have already evacuated, including the Lopicio family, due to constant fear from military attacks and threats.

Address the roots of armed struggle

“If they continue harassing civilians, you can no longer blame them if they choose to hold arms and join the NPA. [The military] is the one pushing these people to become an NPA,” Raymundo said during the press conference.

“What we want is peace, not killings and war,” he added.

Raymundo explained that he is not literate and “can’t read words as big as the carabao.”

He added that the countryside is where they thrive as a community and farming is what they know best. He called on the government to secure their homes and livelihood there.

Danilo Tabura of Kilusang Mambubukid ng Pilipinas (KMP) Negros said they will be studying the data from the fact-finding mission in order for them to file a case against the perpetrators from the military.

Meanwhile, Ereneo Longinos of Bagong Alyansang Makabayan (BAYAN) Negros said that the reality of the civil war between the Philippine government and the CPP-NPA-NDF requires us to look at the root causes of the armed conflict.

“The Geneva Convention is supposed to ensure the safety of civilians amid this civil war. The state forces should answer to this violation,” he said.

Longinos calls on the national government to continue the peace talks as it will address the centuries-old problem of landlessness through genuine land reform, as well as the continuing poverty and unemployment of our people through national industrialization.

“The armed conflict will persist if these fundamental problems are not addressed,” Longinos concluded.###