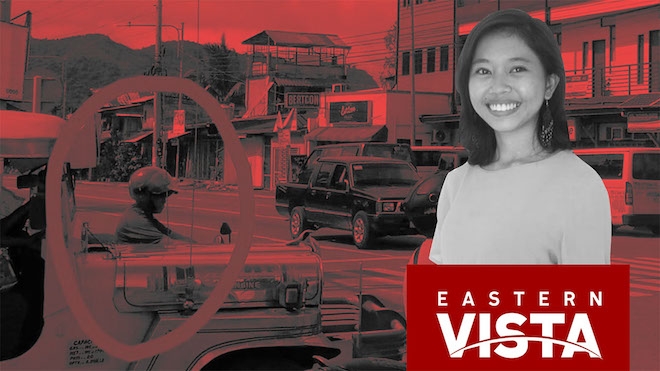 Amid reports of an impending police raid of a progressive group’s office in Tacloban — similar to the Negros 57 raids last October — an unidentified person visited the premises of the Eastern Vista office on Jan. 31. He was reportedly carrying a photo of Cumpio and a band of flowers while asking for the exact location of the office. Since then, unidentified men have been reportedly patrolling the premises.

Human rights groups have noted several incidents where state agents sent flowers to progressive groups as a form of death threat and intimidation. Cumpio, currently the executive director of Eastern Vista and radio anchor of program Lingganay han Kamatuoran, has been under surveillance for several months now. On December 13, she reported that men in motorcycles with no plates were tailing her around Tacloban City. The men were believed to be military assets.

The Altermidya believes that state forces are behind the relentless harassment against Eastern Vista, which has continuously reported on human rights issues in the Visayas including on military abuses.

We express our concern over the safety of our colleagues in the Eastern Vista, especially Cumpio. We hold the state accountable for the incessant attacks on independent media, and call on our colleagues to stay vigilant. Together with our fellow journalists and the communities we serve, we condemn these rotten attempts that threaten press freedom and free expression.