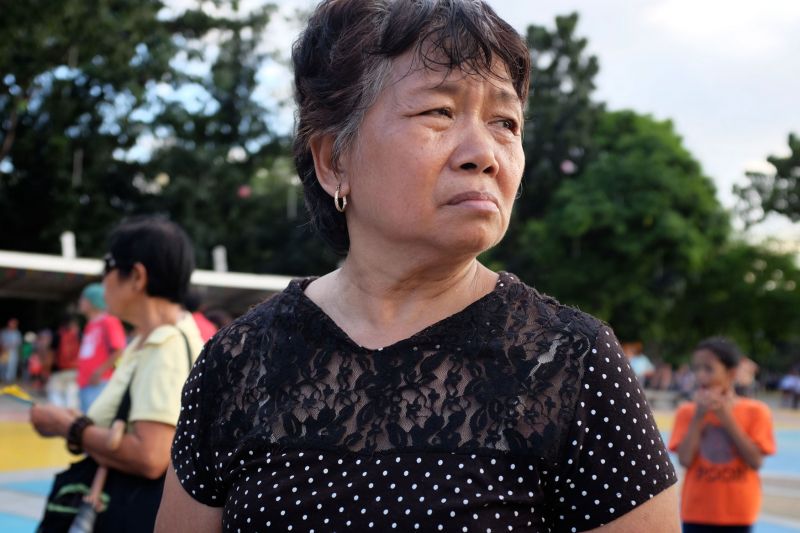 Manila Archbishop Cardinal Luis Antonio Tagle, at the recently concluded International Eucharistic Congress (IEC) in Cebu City, lamented individualism which skews people’s values and the emerging “throwaway” culture. It’s no coincidence that these themes resonate in the current controversy around the Php2,000 pension hike vetoed by Pres. Benigno Aquino III. They have a common root: capitalist-driven economics that deifies the market economy, exalts individual self-interest, and promotes materialistic values instead of the ethical norms of a humane society.

The philosopher John Rawls famously proposed his “veil of ignorance” as a way to test for the justness or fairness of something. When designing rules for society, he argued, you should be ignorant of what social position you yourself will occupy – a variation of the maxim “Do unto others as you would have them do unto you.”

So it’s hard to imagine that Pres. Aquino and Social Security Service (SSS) officials would have opposed the P2,000 pension hike if they were low-income senior citizens on the receiving end of meagre SSS pensions. Unfortunately most Filipino lolos and lolas do not have savings, incomes from investments, or children with high-paying jobs to keep them secure as they grow old. Pensions, for millions of elderly in the country, are not just pocket money but a literal lifeline.

The “heartless” presidential veto of the P2,000 pension hike bill draws attention to necessary reforms within the SSS. The central issue is how the SSS can pay for more decent pensions. President Aquino and SSS officials argued that the additional P56 billion cost of the proposed hike is unaffordable.

However the principal author of the bill, Rep. Neri Colmenares of Bayan Muna and the Makabayan bloc, has tirelessly pointed out reasonable measures to pay for this. The SSS has P447 billion in assets as of October 2015 which can be tapped until around 2029. There is also P198 million in foregone revenues from idle assets, as much as P13.5 billion in collections from delinquent employers, and any balance from up to P325 billion in uncollected revenue as of 2008.

SSS officials agree to the figures and, at least in principle, the need for higher pensions. But the actuarial life until 2043 of the reserve fund is given more importance than the welfare of low-income pensioners and the hike is narrowly seen as possible only with a significant increase in member contributions. The terms of the debate are straightforward if somewhat perverse: fund managers invoke “fiduciary responsibility” to the SSS members while SSS members themselves, with a better grasp of the social responsibility of the government for their welfare, demand the pension hike.

The P2,000 hike will immediately improve the welfare of up to 2.2 million Filipino pensioners. But many millions more will gain if the controversy surrounding the hike prompts radical reforms in the country’s pension system of which the SSS is just a small and, actually, intrinsically flawed part.

What is the state of our senior citizens? There are 7.8 million Filipinos over 60 years old. The Philippine Statistics Authority (PSA) officially reports that only 16.2% of senior citizens are poor but this uses a poverty threshold of just P52 per day (or some P1,582 monthly). This grossly underestimates real-world expenses for decent living and is also insensitive to the food and medical needs of senior citizens. Using a more realistic P125 per day (or P3,800 monthly), IBON estimates that at least two-thirds or over 5.1 million of our lolos and lolas are poor.

Filipino senior citizens can get income support from either of two pension schemes – SSS for private sector employees or Government Service Insurance System (GSIS) for government employees – or the monthly stipend under the Expanded Senior Citizens Act of 2010. Overall pension coverage is narrow and shallow despite these three options.

This means that almost six out of ten (57%) elderly Filipinos, or some 4.5 million, are outright not covered at all and don’t receive any pensions. This also means that almost 97% of elderly Filipinos, or around 7.5 million, are either not covered or receive pensions below a reasonable poverty threshold. Only the 3.5% of elderly receiving GSIS pensions are brought above the poverty threshold.

This appeals to neoliberally-minded folks whose guiding principle for society is that individuals are only to be rewarded based on personal effort and who believe structural inequities are natural, just, necessary, or all of these. But the problems of basing pensions on regular work-based contributions in the Philippine context of so much joblessness and pervasive irregular and low-paying employment are clear.

IBON’s estimates some 4.2 to 4.3 unemployed Filipinos. This is already some 10% of the labour force who are likely to have difficulty making consistent payments, if any. Having employment is not even assurance of becoming an active and qualified SSS member. IBON estimates that 22.4 million Filipinos, or almost six out of ten (58%) of total employed, are non-regular workers, agency-hired workers, or in the informal sector with at best erratic ability to pay contributions. This is consistent with how SSS officials themselves explain that they are unable to collect from over six out of ten (62%) of their members – hence collecting payments from only 12 million, or 38%, of their some 32 million members.

Most families cannot really afford to spare cash for the premiums because of their very low incomes. Around 11.2 million Filipino families try to make do with just P10,413 or much less a month and another 5.8 million with only up to around P18,128. These family incomes are below the P19,000 realistically needed to keep an average family with five members just barely out of poverty.

These mean that strictly linking benefit levels to member contributions is self-defeating. Low incomes in the present will be reduced further, while pensions in the future will still be inadequate. And yet these are the very workers, farmers, fisherfolk, informal sector workers, and their families on the knife edge of subsistence and without wealth whose elderly face insecurity in their old age.

Read Social Security for Lolo and Lola: What Is To Be Done? (Part 2)

Social Security for Lolo and Lola: What Is To Be Done? (Part ...