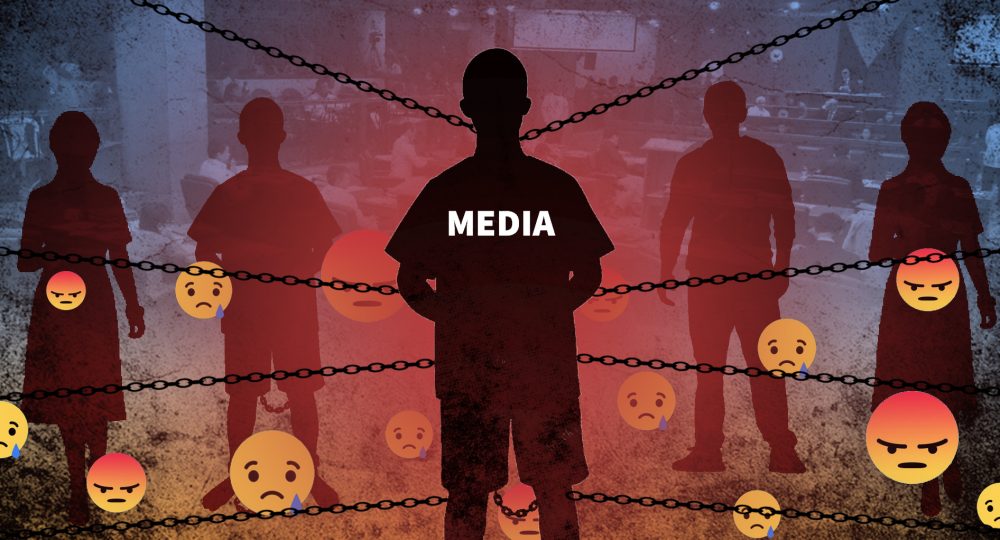 The Anti-Terrorism Bill: Legislating the quelling of dissent

Senate Bill 1083 or the ‘Anti-Terrorism’ Bill, recently approved on third and final reading by the Upper Chamber, is – for all intents and purposes – the Duterte administration’s penultimate attack against the Filipino people, the last piece in the puzzle needed to finish the portrait of an authoritarian regime ready to silence and destroy any and every form of dissent.

The Anti-Terrorism Bill is anything but. Instead of solving the much-touted threats of terrorism in the country, this bill could lead to intensified state terrorism. The overbroad definition of “terrorist acts” – from planning, proposing, inciting, and even supposedly serving as mere accessory or tangentially being connected to supposed terrorist activities – provides blanket authority to state forces to target virtually anyone and everyone.

Recent events already paint a picture of what is to come. Even without the Anti-Terrorism Bill, for years now the Duterte administration has been unrelenting in its campaign to silence critics, weaponizing every existing law and regulation to target and incarcerate those vocal about the regime’s vile manner of governance. Raids, the filing of trumped-up charges, and even killings and wholescale massacres have become common fixtures in the news. Those being targeted are organizations, groups, and individuals asserting their rights or exposing the ills of society.

The media are no stranger to these attacks – from intimidation, cyber attacks, surveillance, red-tagging, illegal arrests, and killings experienced by community journalists and local media, to the filing of spurious cases against mainstream news organizations including Rappler and ABS-CBN. These incessant attacks send a clear message: the administration is hell-bent on silencing any form of media critical of its policies, in a manner patterned after the tactics of the Marcos era.

With the Anti-Terrorism Bill, the already grim situation will surely worsen. Once enacted into law, a new and more pernicious wave of crackdowns will surely and rapidly ensue. The manner in which the bill is written, especially when it comes to provisions related to “inciting to commit terrorism” and “publishing an advertisement or propaganda” connected to supposed terrorist acts, makes it easy for state forces to round up journalists and media practitioners without any warrant, and then eventually file slapdash cases enabling the state to jail its targets for decades and up to a lifetime.

The provisions increasing the number of days a person can be detained without a warrant, and enabling state forces to conduct unrestrained surveillance activities against targets for up to 90 days, endanger everyone – particularly media practitioners. Basic coverage and newsgathering can be made to be a form of inciting to terrorism. The right to privacy and digital security will unequivocally be trampled, as text messages, e-mails, phone calls and any other correspondence will no longer be safe from State monitoring.

Beyond directly bulldozing press freedom, the constitutionally guaranteed freedom of expression will also be demolished. Articles, illustrations, and even online materials critical of the administration can also be labeled as terrorist materials. Imagine: even sharing or retweeting a post can be an incitement to terrorism.

The bill is the final tile set to complete the building of a dome of impunity enveloping the nation. It is the final piece in the puzzle needed to fully realize an authoritarian’s dream: to be in command without responsibility, to act with impunity without question.

At this critical time, the Filipino people cannot and will not simply bow down and fall silent. We cannot allow the Duterte administration to continue indulging in tyranny and domination. We must unite, fight back, and become an unstoppable force that will vanquish this grand abuse of our basic human rights.