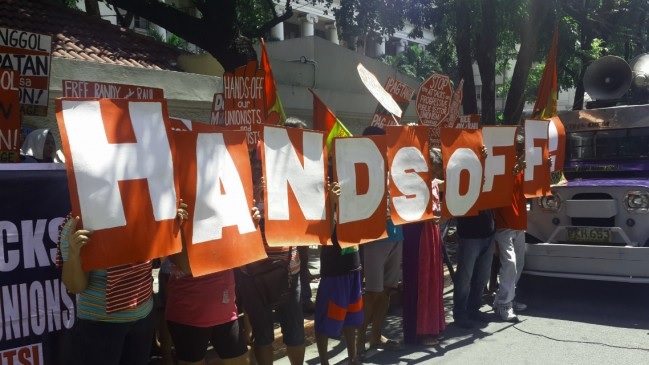 Towards an Independent Philippine Foreign Policy: Is Change Coming?

“What direction will Philippine foreign policy have?” Change is coming, they say.

Newly-installed President Rodrigo Duterte proudly proclaims that during his college days, he was a member of the Kabataang Makabayan (KM). KM led the anti-Vietnam war demonstrations during the 60s and early 70s in front of the U.S. Embassy and supported the Vietnamese people’s struggle for national liberation against U.S. imperialism.

This is a president who believes that Lapu-Lapu’s victory against Spanish conquistadores at the Battle of Mactan on April 27, 1521 should be declared as a national holiday. Now, if this is a leader who believes that it is the Filipino people’s victories and triumphs that should be celebrated as official national holidays (and not humiliating defeats like the Fall of Bataan), then we might as well celebrate also the 1901 Balangiga victory of our freedom fighters in Samar who wiped out almost an entire company of the first U.S. Visiting Forces in their island who had engaged in property destruction and food deprivation.

Thus, we might as well officially celebrate our Senate’s rejection of the bases treaty on Sept. 16, 1991 because for the first time, after 1946, we stood up and said No to Uncle Sam on that historic day. This is a president, who in his own words, promises that the country will not be a “lackey” to any country but will truly pursue an independent path based solely on its national interests in its relations with other nations.

Duterte’s critical attitude with U.S. forces has its roots in the Michael Meiring case in May 2002 where Philippine sovereignty was treated like a doormat. Then, an alleged American CIA undercover operative Meiring – fronting as a businessman whose surname turned out to be an alias of Vande-Meer – was injured by an explosion in his hotel room where he was assembling explosives. This was about the same time that bombs were mysteriously exploding in Davao City. Placed under police custody in a local hospital, he was unceremoniously spirited away by FBI agents who brought him to the United States.

This was a slap on the local government of Davao led by Mayor Duterte who considers Meiring’s escape to elude Philippine justice in total disregard of our laws and courts when U.S. government agents sneaked him out of our jurisdiction.

Is change coming, as trumpeted by Duterte? What we know is that the president is not afraid of any big power or any country for that matter that tramples on Filipino dignity and its national sovereignty. Beyond flag raising ceremonies or singing the national anthem, there are issues that urgently need to be addressed by the national leadership. These issues are:

The new president has shown that he is not afraid to take on anybody. Not international and local drug and criminal syndicates. Not even the Church, the media. Nor even a military superpower like the United States, or China.

In 2013 while serving as mayor of Davao City, Duterte has already stood his ground in denying the U.S. government’s request to establish a base in Davao City for U.S. drone operations in Mindanao. In that instance he justified this by saying that “drones just give the U.S. the ability to execute the perceived enemies of America, in any part of the world.” Earlier, in 2007, he convinced the Davao City Council to turn down a request by the national government hold PH-US Balikatan Exercises in areas covered by Davao City, saying that U.S. troops “are not welcome in Davao”. Duterte then said that the “U.S. military will only invite magnets of attacks” on our nation by enemies of the United States.

Now maybe, it was a blessing in disguise that the Supreme Court early this year, declared that the EDCA should be a mere Executive Agreement, and not a treaty. Be as it may, being a mere executive agreement, is it a stroke of luck that EDCA may now be easier for our incoming president and chief executive to abrogate should he decide, after a review, that it is after all, an onerous executive agreement?

The author, a professor at the University of the Philippines, has authored eight books on PH-US Relations and Philippine Foreign Policy and is currently vice-chairperson of CenPeg, where this article first appeared. He is also the president of the Philippine Anti-Imperialist Studies (PAIS) and one of the convenors of Pilipinong Nagkakaisa para sa Soberanya (P1NAS).

‘Open the gates of DAR for our farmers’ –Sec. Mariano

Roland G. Simbulan is an author, educator and scholar known for his active advocacy against nuclear power, nuclear weapons and U.S. military bases in the Philippines.