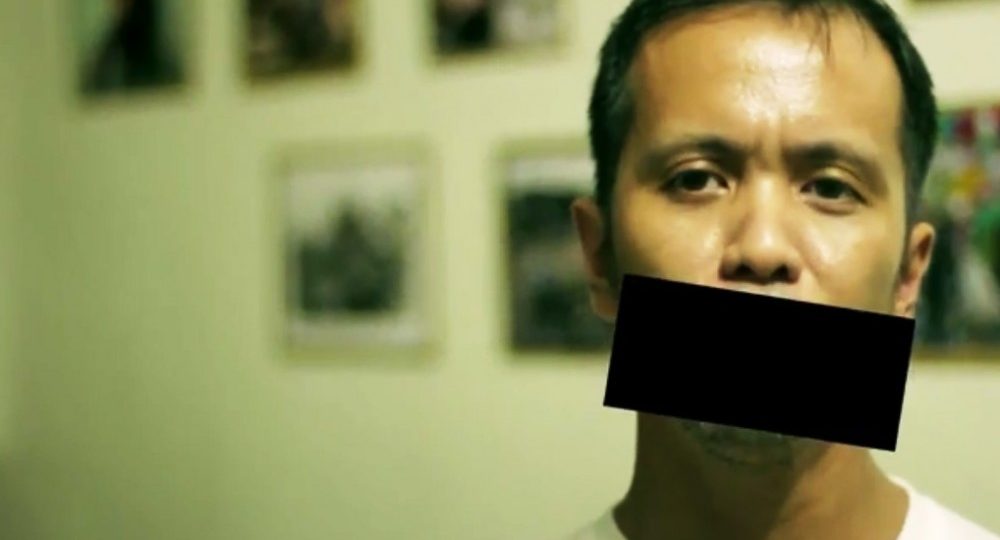 In 2010, candidate Benigno Aquino III pledged, among others, to prioritize a Freedom of Information Act among his legislative initiatives.

In the ensuing months his administration practically made it a point not to include an FOI bill among those it submitted to Congress. Instead signed into law in August and September 2012, were two bills, of which one makes public access to government held information more difficult, while the other infringes on the right to free expression via the Internet.

Mr. Aquino signed into law the Data Privacy Act (RA 10173) and the Cybercrime Prevention Act of 2012 (RA 10175) barely a year after their introduction in Congress. The haste with which both were signed suggests how restrictive rather than expansive is the mindset of the country’s legislators, and of Mr. Aquino himself when it comes to enshrining in the law those principles—accountability and transparency, press freedom and free expression, etc.—to which Aquino has repeatedly declared he is committed.

The Data Privacy Act (RA10173), among other provisions, penalizes those in government who release information of a personal nature, which seems a reasonable enough restriction in behalf of the right to privacy—until one recalls that information on the personal lives of government officials often has a bearing on their performance as public servants accountable to the citizenry, and is therefore among the legitimate concerns of the news media and the public they serve.

On the other hand, the Cybercrime Prevention Act incorporates the 82-year old libel law in the Revised Penal Code (RPC). Under the provisions of the RPC on libel, the penalty for violators is imprisonment of six months for every count of libel committed. Media and press organizations have been demanding the decriminalization of libel for decades. Instead RA 10175 not only further legitimizes criminal libel; it also raised the penalties for libel committed online.

The repressive character of the Philippine libel law has long been established. A legacy of US colonial rule, its antecedent was used to suppress demands for immediate independence. Since 1946, libel as a criminal offense has been used by past administrations as well as local officials to harass and intimidate journalists. The outstanding example of its recent use against journalists was the filing by Jose Miguel ‘Mike’ Arroyo of 11 libel suits against 46 journalists during the disputed presidency of his wife Gloria Macapagal Arroyo.

The passage of the Cybercrime Prevention Act also suggests among other possibilities that both Congress and Mr. Aquino have chosen to ignore the 2011 declaration of the United Nations Human Rights Committee (UNHRC) that the Philippine libel law is excessive because it penalizes violators with imprisonment, contrary to the human rights protocols to which the Philippines is a signatory, and therefore must at least be reviewed.

The passage and signing into law of RA 10173 and 10175 occurred in the context of a continuing and so far failed decades- old campaigns for a Freedom of Information Act and against the continuing killing of journalists.

Freedom of Information (FOI) is crucial to the exercise of press freedom and to transparent and accountable governance. Without reliable information on the government they are tasked to monitor, journalists cannot discharge their “fourth estate” responsibility, and neither can the sovereign citizenry access the information necessary in exacting public sector accountability.
Meanwhile, Mr. Aquino has refused to dismantle the private armies of the warlords that in many cases have been instrumental in the killing of journalists. Neither has he lived up to his 2010 campaign promise to rescind the Arroyo era Executive Order 546 which allows local government to organize Civilian Volunteer Organizations or paramilitaries.

In addition to police and military personnel, CVO elements have been implicated in the the killing of journalists, most glaringly in the 2009 Ampatuan Massacre. But Instead of rescinding EO 546, Mr. Aquino has been publicly critical of the news media, accusing them of inaccuracy, bias and trivia. That of course is a right he shares with everyone else. But because his comments are coming from the office of the President, they constitute a dangerous message to those who would silence journalists, who have been emboldened enough by the impunity—exemption from punishment– of most of the killers of journalists and then masterminds behind them.

Only 11 out of the 147 cases of slain journalists have resulted in convictions and only partially: no mastermind has been prosecuted except those accused of being behind the Ampatuan Massacre. Over the last five and a half years of Mr. Aquino ‘s term, 27 journalists have been killed for their work, bringing the total to 147 since 1986.

The overall consequence of all this is at one and the same time a decline in the capacity of the news media, specially at the community level, to generate the critical stories vital in monitoring government, the difficulty of both the media and the citizenry in accessing government held information for the sake of transparency and accountability, and the stifling of the right to free expression that the new media would otherwise have enhanced.