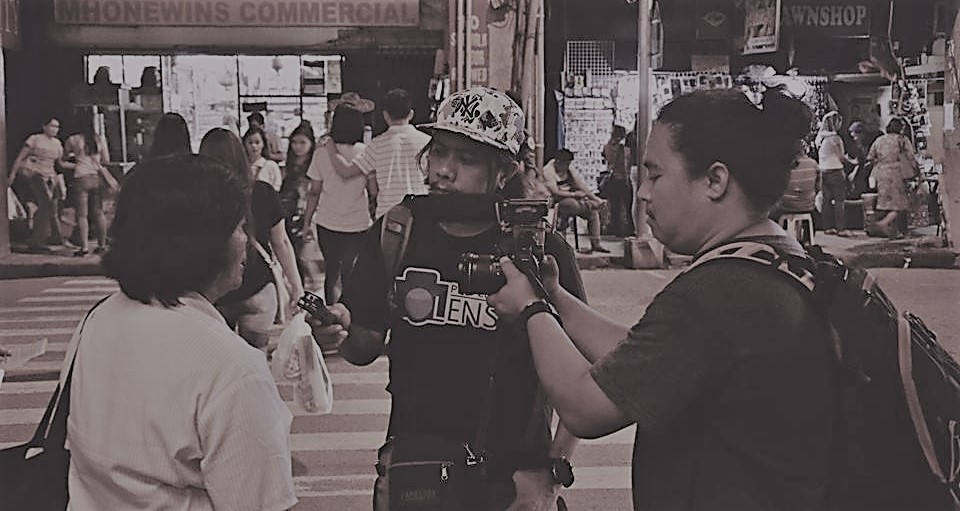 THE phrase “alternative press” gained currency in the last years of the Marcos terror regime, when Jose Burgos’ Malaya, We Forum, and other newspapers, magazines and news agencies were published to provide Filipinos and the rest of the world the information about human rights violations, environmental issues, the conflict in the South, the state of the economy, and other issues of public concern that the dominant, government-regulated press and media could not and would not provide.

Conventional wisdom assumed that the alternative press was a new development in the Philippine media.  But the alternative press tradition is of long-standing, and goes back to the propaganda and revolutionary periods of Philippine history, when such publications as Marcelo H. Del Pilar’s Diariong Tagalog and La Solidaridad, and later, the Katipunan’s Kalayaan were published to provide information on the true state of the country under Spanish rule. The operative word is “true”. The imperatives of truth-telling and accuracy, which are basic ethical and professional standards in journalism, were what drove the publications of Del Pilar, Graciano Lopez Jaena, Jose Rizal and Andres Bonifacio.

During the formal United States colonization of the Philippines (1900-1946), there was also El Renacimiento and Muling Pagsilang as well as community newspapers all over the archipelago that argued for immediate independence from the US, in opposition to the racist and colonial claim that Filipinos had to be tutored in self-government.

When the Japanese invaded the Philippines during World War II, the guerilla and underground press provided information on the actual state of the war against the Axis powers, particularly against Japan, to counter Japanese propaganda.

Almost from Day One of the effectivity of martial law, the underground press – Ang Bayan and Liberation, among other publications – was already challenging the claims of the Marcos regime and publishing accounts of human rights violations and the progress of both the armed and unarmed resistance against the dictatorship.  In the last years of the Marcos dictatorship, a news agency initiated by the Catholic Bishops Conference of the Philippines, Philippine News and Features, and a magazine published by concerned citizens, Midweek, also reported on such issues and events as the abductions, torture and extrajudicial killings the government’s Philippine News Agency was ignoring while it painted a rosy picture of the country’s situation.

Today, about a hundred alternative media organizations in print, radio, and video production are engaged in providing information on the vast array of issues that continue to afflict this country, such as the threat of the resurgence of fascist rule, human rights violations and extrajudicial killings, the despoliation of the environment by mining and other local and foreign companies, the continuing dominance of US imperialist interests in the military, the economy and the politics of the Philippines, the poverty that dooms millions in this country to short, brutish lives due to the prevalence of the archaic and oppressive land tenancy system in the countryside, and other concerns that the corporate media are either unable or unwilling to report on and/or examine closely because of their implications on the economic  and political interests that  are behind them.

In every instance, whether during the propaganda and revolutionary period, the US colonial regime, the Japanese occupation, the Marcos regime, or the present, the alternative press and media have been driven by the imperative of truth-telling, accuracy and relevance in opposition to the falsehoods, inaccuracies, prejudices  and evasions of the dominant media.

The term “dominant media” refers to the colonial press when the Philippines was a colony of Spain; the press owned and controlled by US interests and their local allies in the economic and political elite during the US colonial regime; the Japanese-controlled media during World War II; the crony press during the Marcos dictatorship; and the corporate press and media that today are controlled by political and economic interests which have a virtual monopoly over information.

Although they claim to be true to the ethical standards (truth-telling, independence, humaneness, justice, and stewardship) and professional norms (accuracy, fairness, relevance, adherence to public interest, autonomy and accountability, among others) of journalism, the latter’s observance of these principles often yields to the defense and enhancement of their owners’ interests, which have ranged from denigrating  attempts to compel mining companies to comply with environmental laws to resistance to the implementation of real agrarian reform – which amount to opposition to the changes the country desperately needs.

Speaking in behalf of the dominant media, some alleged journalists unfamiliar with Philippine press history and the very standards of journalism they claim familiarity with even imply that in furtherance of their advocacy, the alternative media lie and ignore the facts. (An October 30 column in the online edition of the Philippine Daily Inquirer is both typical and egregiously uninformed.) These individuals forget, or have never really understood, that truth-telling and accuracy are at the heart of the alternative press and media tradition.

A cursory review of that tradition’s history will prove as much, but in an effort to disparage the tradition, they argue that advocacy – they refer to it as “activism” – has no place in journalism. This is as misleading as it is false.

Advocacy drove Rizal and Bonifacio to journalism, as it did such others as the journalists that opposed military rule in Myanmar.  Every corporate media organization takes the greatest pains to conceal it, but nevertheless has an advocacy. Whether it’s for mining, real estate and construction, electronics communications, shipping, or encouraging beer-drinking and the consumption of processed food and other economic interests, to protect such advocacies they submit to the demands of, and to support, whoever and whatever is in power, no matter how detrimental its policies and actions may be to the well-being of the rest of the citizenry.

The dominant media nevertheless deny having any advocacy while in reality being so burdened by them it affects their capacity to report, interpret and analyze issues and events of public concern.  The political economy of the dominant media helps explain why there is an information crisis in this country despite the billions of bytes that deluge the citizenry daily.

In contrast, the alternative media today have closely examined the implications of their advocacy of authentic land reform, national industrialization, respect for human rights, the achievement of a just and lasting peace, an independent foreign policy and others, on the ethical and professional standards of journalism.

A coalition of alternative media groups all over the Philippines, AlterMidya has affirmed through numerous issuances and public forums the primacy of, and its membership’s first loyalty to, the facts, to accuracy, to fairness and to relevance.  What this means is that if the facts contradict its members’ advocacies, the latter must yield to the facts and must be revised or even abandoned.

Again in contrast, the facts have often contradicted the dominant media’s advocacy, which they disguise as “objectivity,” of keeping things the way they have been for at least a century in this country.  But they have never reviewed the validity of that tired, anti-people cause. Instead, those who claim to speak for them have the audacity to accuse the alternative media – which in the history of the Philippine press and media embody the real mainstream tradition that has historically been committed to the fundamentals of principled journalism – of the very offenses against truth-telling and accuracy with which they afflict the public on an almost daily basis.

Paving the way for an alternative newscast