Home›Opinion›Statements›On the red-tagging of Altermidya Network at the Dec. 1 Senate hearing
Statements

On the red-tagging of Altermidya Network at the Dec. 1 Senate hearing 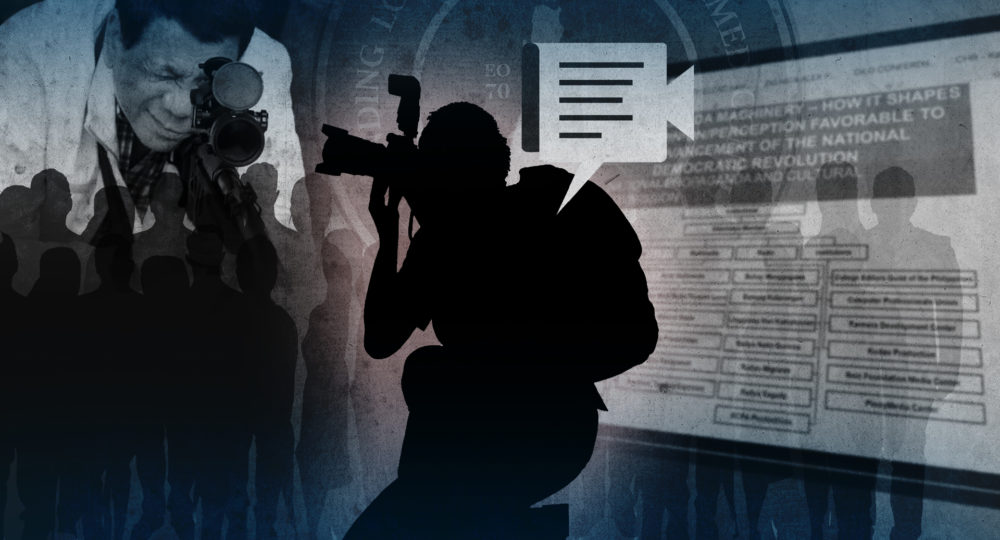 ONCE AGAIN, state forces led the hostile red-baiting of independent media at the December 1 Senate hearing, as they presented the Altermidya Network and its members nationwide as so-called communist fronts.

The red-tagging of Altermidya journalists, online and on-ground, has intensified even more in the past months. These incidents, just like the National Task Force to End the Local Communist Armed Conflict (NTF-ELCAC) presentation at the Senate hearing earlier, were done without any evidence and maliciously linked the media outfits of Altermidya to an underground Communist organization.

In fact, the task force, despite its billion-peso-budget, merely copied the publicly-available Altermidya list of members and placed it under an incredible organizational heading.

We are appalled at this irresponsible practice, which is a stark contrast to our ethical commitment of truthful and careful reporting as journalists. The Altermidya Network is the broadest alliance of community journalists, independent media outfits, community radio broadcasters, and grassroots film collectives in the country. Its member outfits have a consistent record of covering underreported issues in communities — some for more than two decades, while other community-based media outfits in provinces join and continually expand the network.

Journalists from the alternative media relentlessly report on the situation in various communities across the country: on environment issues, corruption, human rights abuses, on the situation of farmers and workers, among others. Reporting on these stories have resulted in the non-stop attacks in various forms against our members – from death threats, cyberattacks, harassment, physical assault, detention, and even attempted murder.

Now, these attacks against the independent media are being mounted in a prominent arena at the Senate. But we can clearly see through these tactics of smearing and intimidating truth-tellers and critics into silence, especially in the middle of a growing discontent among the public.

We in the Altermidya are not new to attacks on media freedom. We will pursue legal action against this malicious smear campaign on our members. While we exhaust all means to fight back, we shall continue our journalistic responsibility of truth-telling– and with fellow journalists and freedom-loving Filipinos, persist in upholding press freedom and freedom of expression at all costs.