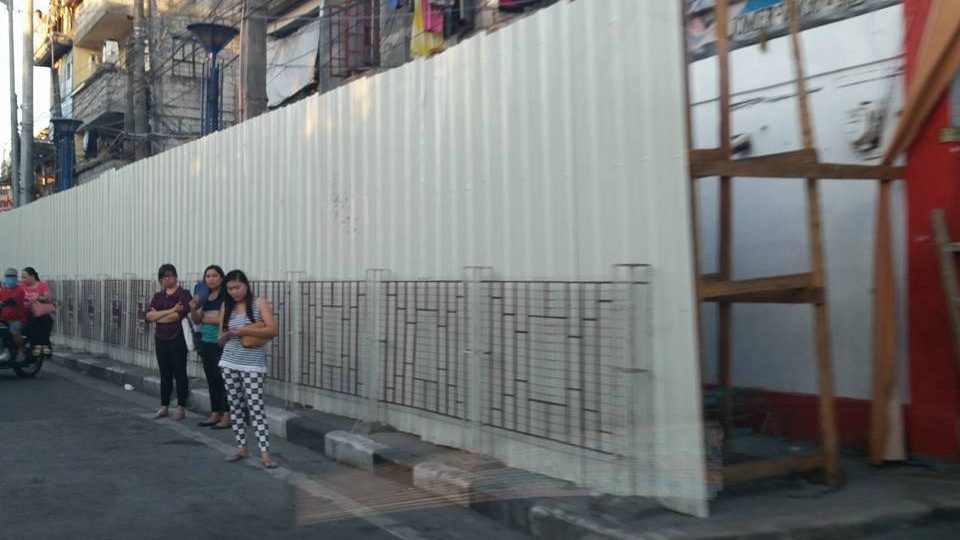 A WEEK before the Asia Pacific Economic Cooperation Summit (APEC) in Manila, the Aquino administration was not only clearing city thoroughfares of street vendors, parked cars, and sidewalk stalls; it was also evicting from their encampment in Liwasang Bonifacio the Lumad who are protesting the killing of their leaders, the shutdown of their schools,  and the continuing militarization of their communities.  The Department of Social Welfare and Development was also rounding up the homeless including street children, at one point distributing P4,000 to homeless families so they could rent temporary housing for the duration of the Summit, and placing others in government facilities.

But in addition to its futile attempt to hide from foreign eyes such day-to -day horrors as Manila’s traffic jams and such indicators of poverty as the homeless, the Aquino administration has also declared school and work holidays from November 17th to the 20th, in a transparent attempt to forestall protests from students and workers against Philippine involvement in APEC.

Thousands of policemen and military personnel have also been mobilized to “provide security” for the visitors during the event.  Providing security will of course include dispersing whatever protests do occur, in a possible reprise of the suppression of the right to free assembly and free expression that have occurred in previous APEC meeting sites such as Canada and Thailand.

Demonstrators were dispersed and arrested in these countries during past APEC meetings. Since what’s happening from the 17th to the 19th is a meeting of the leaders of the member countries of the APEC, among them the US, Japan and China, it’s more than likely that the same thing will happen in the coming week, during which several organizations have announced that they will hold week-long protests.  After all, the Constitutional provision guaranteeing freedom of assembly and expression has provided little protection to protesting groups, whose members have often been violently dispersed, arrested and detained.

But it’s not only the possibility of protests being suppressed despite the Constitution that’s among the consequences of the Aquino hype on APEC.  It also includes the practice of moving the homeless around like cattle, in some cases against their will.

For example, during Pope Francis’ visit to the Philippines last January,  Father Shay Cullen of Preda (a nongovernment organization that describes itself as “a Philippine human rights social development organization” focused on enhancing and defending the rights of children, women, the poor and the marginalized) revealed that street children had been picked up, held in reception centers with bars on the windows and locks on their doors, and then released into the streets once the Pope had left, but only to be picked up again when the next international event comes around. This was in addition to homeless families being brought to resorts for “seminars.”

To what end are all of this being undertaken? For the sake of the continuing liberalization of the economy which among other consequences would further open the Philippine market to the penetration of the biggest capitalist countries and their junior partners, a process which over the last ten years has led to the destruction of Philippine enterprises and ever increasing unemployment.

Already a high price to pay for the illusion of development, the country’s involvement in APEC, courtesy of the same ruling class that for decades has been leading the country to penury, is also one more opportunity for the police and military and the rest of the bureaucracy to continue the assault on civil liberties and human rights that’s among the means the Aquino regime has been using to compel compliance to its anti- people policies across the cities and countryside of the Philippines.