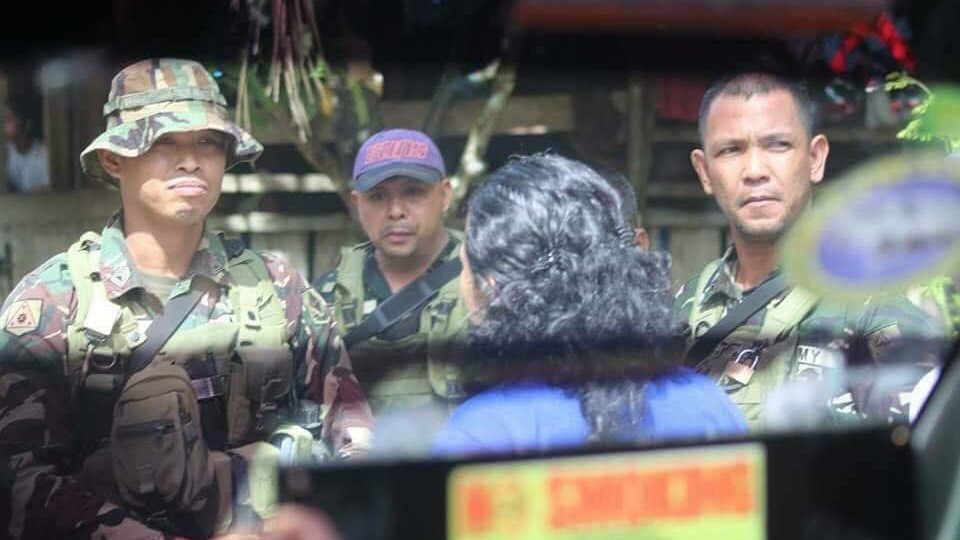 THE ONE-YEAR extension of martial law in Mindanao was a foregone conclusion. Even the political opposition predicted approval of it because of the overwhelming dominance in both the House of Representatives and the Senate of the allies and party mates of President Rodrigo Duterte.

Those honorable gentlemen of Congress had the numbers but neither the well-being of the Mindanaoans and the country in mind, the legal justifications, nor a sense of history on their side. They ignored reports of such escalating military and police abuses as arbitrary arrests, harassments, and even the killing of activists, farmers, Lumad leaders and human rights defenders. One congressman even described martial law in Mindanao as martial law “with a heart,” while others, including military spokespersons, declared that it is entirely different from martial rule during the Marcos terror regime.

Mr. Duterte’s martial law may be different in the details, but it is fundamentally the same. In the present context of impunity, abuse of power and lawless governance, it has further empowered the already abusive military and police into foregoing such legal niceties as obtaining warrants of arrest from the courts and charging those they think deserve imprisonment or worse, and whom they can instead arbitrarily declare as terrorists or insurgents to justify their unlawful detention or elimination.

Martial law, wherever and whenever it is in force, makes abuses against the population worse and even more likely. If even without martial law the gravest abuses including killings have been happening not only in Mindanao but also in the rest of the country, its continuing imposition will further encourage the police and military to continue to ride roughshod on the Constitution and citizen rights.

Lawyers who know their law have also pointed out that there is no Constitutional basis for its extension, since the Duterte regime has already declared victory in Marawi City and has announced plans for its rehabilitation. What’s more, as some opposition senators have pointed out, if martial law is only being extended, then why is there the added justification that it is supposedly needed to fight the New People’s Army (NPA), which was not in the original declaration? Martial law is also a means of combating actual, ongoing rebellion or foreign invasion‒ not their mere possibility.

There is as well the very likely use of it to conceal from the citizenry how the billions of pesos for the rehabilitation and rebuilding of Marawi are being spent. Because during the one year in which it will be in force, the police and military can prevent anyone, whether journalists, members of non-government organizations, or the political opposition from seeing the progress of Marawi’s rehabilitation for themselves, martial law opens up vast opportunities for official corruption that could otherwise be monitored and exposed.

There is as well the distinct possibility that the Duterte regime, having tested the waters, and now encouraged by the ease with which it got what it wished for, will declare martial law nationwide, which will plunge the country into an acute crisis of authoritarianism, further conflict and unrest, and political instability.

Mr. Duterte has in fact already declared that possibility, which he claims to believe will solve the country’s current problems, which he identifies as drugs, terrorism and insurgency‒ all of which are rooted in the poverty, injustice and mass misery that he refuses to address.

Mr. Duterte is gravely mistaken. Martial law, because it is a means of preventing the very changes that he promised during the 2016 campaign, is not a solution to this country’s many afflictions. It is part of the problem‒ a manifestation of the country’s decades-long struggle with a political class that has prevented the adoption of the political, economic and social reforms Philippine society so desperately needs. Committed solely to self-aggrandizement and to keeping its monopoly on power, but no longer able to rule in the old way as the Philippine crisis becomes more and more acute, it has never really abandoned the option of dismantling the little that remains of democracy in this country in favor of dictatorial rule.

Ferdinand Marcos did it from 1972 to 1986, but in the end was overthrown by the direct action of an awakened people. History can very well repeat itself. Those who do not remember the past are, indeed, condemned to relive it.